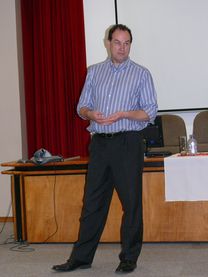 The power of small group work 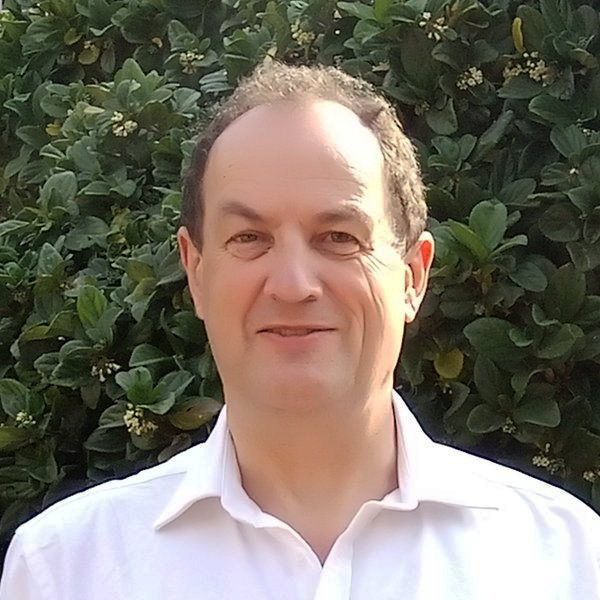 
We had one day to do it!  Mandy and I had the opportunity to work with 60 people in a large open space in the hotel.  The group was divided – around half were mostly middle-aged, predominantly Afrikaans-speaking (white), while the other half were predominantly Sotho-speaking (black) employees.  Brought together a few years earlier as part of a structural integration process, employees had struggled to work together, and normally kept apart socially.

When everyone arrived at the hotel conference venue, the pattern of keeping separate at separate tables was quickly apparent, even though we encouraged a few people to try to ‘mix it up’.

Firstly we encouraged all the employees to form a single line, depending on how long they had been employed there.  A few employees went back to the mid-70s, while the ‘oldest’ had been employed since 1969.  We invited the newest person in the line to ask the ‘oldest’ to share some words of wisdom with all the colleagues, and then repeated this with the next 2 ‘older’ people.  They were from different backgrounds, but shared similar thoughts about the importance of connecting, working together to solve problems etc.  This created a rich start.

We then invited the line to join different tables, depending on which decade they had started in.  So the 70s, 80s, 90s and ‘noughties’.  Each table was then asked to discuss what they would like to share with the whole group about what was important from their time that they would like to keep going forward.  Each table now had a mixed group of 7/8 people.  After a few minutes we invited each table to share what they had discussed.  It was interesting that each table came with some very similar ideas.  For example, both the ‘60s/70s’ and the ‘noughties’ tables (separated by 4 decades) spoke about the importance of appreciation in the workplace!

We then asked the people to reallocate themselves again to different tables, this time in such a way that we completely mixed people from the different age groups, so now each table had younger and older on it, black and white etc.  Again 7/8 people on each table.  We now asked them to do some more substantial work, focusing on what shifts they wanted to make in their workplace culture and what they wanted to change and do differently.  They had to capture their ideas on flipcharts.  We allowed them around 2 hours to do this work, after which we displayed all the flip charts on the walls and invited them to do a ‘gallery walk’ to see the ideas of the other tables.  The people were also allowed to put comments, ticks, hearts etc on what they read and saw on the flip charts.

After this we all sat on the floor (pushing the tables to the back) and de-briefed the results – people could see the richness of the work they had done together.  We also de-briefed the process – how the people had worked together.  This immediately showed great richness as participants started to comment on how great it was working with each other and how they had never had this kind of opportunity to get to know each other and to work together.  One participant wishes that the workshop had happened 15 years earlier!  Others appreciated working with people they had never really spoken with before.

Perhaps the most powerful moment was when one person mentioned that he had enjoyed getting to know another but did not know how to approach her.  He was afraid of rejection if he made a step.  It turned out that she also had a similar fear!  So we reflected with the group about the value that they could see when people started working together and getting to know each other, and how they could use this appreciation to deal with their fear.

At the end of the day we formed a big open circle and asked everyone to share what they had learned and what they were now committing themselves to for the group.  This was also a rich (and sometimes emotional) moment, as people shared their happiness at being able to connect in a safe way with their colleagues and how they would find new ways to maintain these connections.  Some of the people were in tears as they expressed gratitude to their peers.

Key learnings for us were related to the value of working in small groups on clear tasks (with a deadline!) as a way of breaking down barriers, overcoming language barriers and giving people experiences of working together.  Also, the importance of keeping large groups out of plenary sessions as much as possible (or, if you want everyone together, do it on the floor!)  And, as always, encourage deep listening!