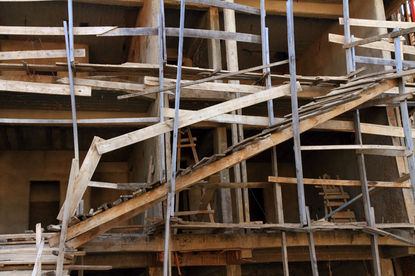 Leadership: Whats at Stake for You?


When you think of the essentials of leadership, what pops up in your mind? Before my trip to South-Africa in January, I would say: being a visionair, initiating change, making decisions, connecting interests or dealing with uncertainty. But after my visit to South Africa, I’ve made up my mind. I now believe that leadership is about taking serious risk, when something is at stake.

In January this year I've spent a week in Capetown with my colleagues Pamela Boumeester, Joeri Kabalt and Robert van Noort. We’ve interviewed South African leaders who stood up in the time of legalized apartheid or played an imported role in the reconciliation process. The interviews are a preliminary research for a new leadership program on ethics, integrity and reconciliation. We design this program in cooperation with Fanie du Toit, director of the South African Institute of Justice and Reconciliation. We want it to become a journey, framed with stories, practices and meetings for both African and European leaders  on focus points in society and organizations.

During that week I’ve gained a few profound insights about leadership. I’ve learned that leadership is about having an impact in your system, by taking a serious risk. There’s something at stake: your reputation, your money or even your life. All the people that we’ve interviewed, did have - or should I say: did live - certain values that they stood up for. The reverend of one of Capetown’s many township churches is a good example. He was pretty clear that his goal is to pretect the dignitiy of a human being, whenever that is at stake. It didn’t even feel so much as a choice for him. He said: I can’t keep my mouth, whenever the dignity of a person is at stake.

How can you as a leader stand up for what’s important to you? I’ve learned these major lessons:

Can you as a leader go wrong by standing up for you values, when something is at stake? You certainly can. The question in reverse is what do you loose when you don’t stand up: your values, your identity? I’m starting to believe that these are far more valuable than anything else.

Question: Which examples do you have of leaders who put something at stake?